As an administrator, you control who has access to applications by creating users and providing these users with... 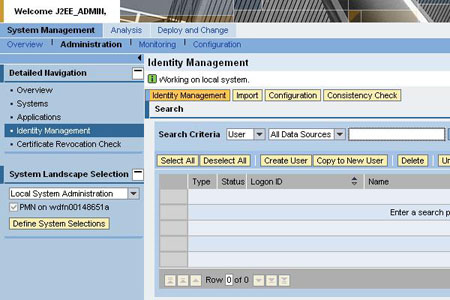 To simplify user administration, users can be collected in groups according to: 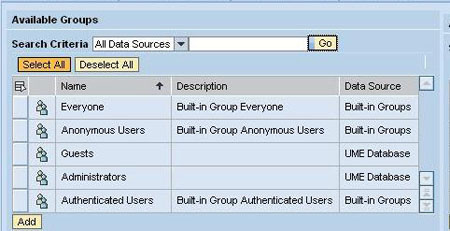 Roles define the users' authorizations. You can assign roles to either single users or groups.

Roles contain a set of ‘Actions'. You can use these actions to create new custom roles. Roles are the powerful part of User Management. Therefore, always search for a role and add users or groups, not the other way round.

The read-only roles do not allow any changes in the managed system such as start/stop or configuration changes, whereas the other roles allow full control.

If you want to create new Java users in a Java system, you can use the User Management plug-in in SAP NetWeaver Administrator. This is the case for standalone Java systems and double-stack systems (ABAP and Java).

The user management engine (UME) can also use an SAP NetWeaver Application Server (AS) ABAP as its data source for user management data (double-stack-system). This enables you to take advantage of the following:

Choose "Role" in the search criteria and then choose

. Now fill out the important details.

General Information:
Give the new role a unique name like "LoggingADM". This is a mandatory input field. 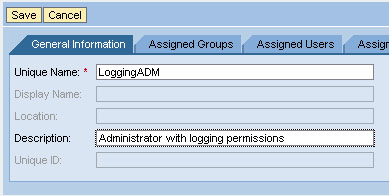 Assigned Groups: From the list, choose groups to which the new role should be assigned.

Assigned Users: From the list, choose users to which the new role should be assigned.

Assigned Actions: You can restrict the role here by selecting only the actions required for the new role. 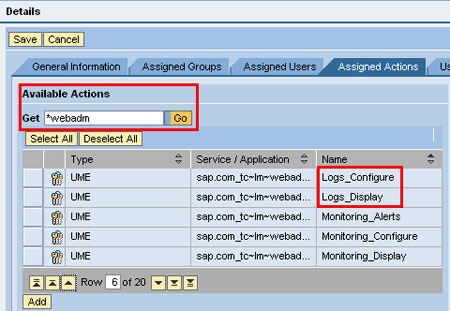 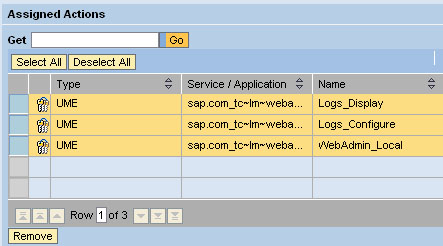 After you have created the new Logging ADM Role, you can add this role right away or later on to certain users or groups, if you haven´t already done this. The result is that all added users or groups will have limited local administration access.

Adding users or groups to a role:

System Management → Administration → Identity Management and select, for example, your newly-created role to modify it.

Keep in mind, that the role is the powerful part. Therefore, select Role from the drop-down list of search criteria.

You can now modify the new role with regard to users or groups. You open details by clicking the specific role and choosing "Modify" in the details section.

You can now filter for users or groups to which you want to assign permission for certain actions. To complete the user management, choose Add and then Save.

With SAP NetWeaver Administrator, SAP provides you a central entry point to administer your Java system landscape. The interface allows seamless navigation to other SAP NetWeaver administration tools like User Management Engine so you can save time and get space for other things to do!

You can check for further information in:

Get tips for the best way to implement SAP NetWeaver PI