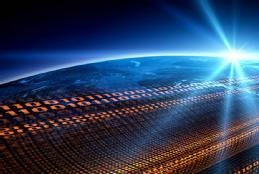 SAP's Cloud Platform is the vehicle that the ERP giant wants to unlock back-end business systems for what it believes will be an unlimited frontier of new applications.

The promise of SAP Cloud Platform is that it can extend those ERP systems and their data into the cloud and include almost any source, not just SAP systems. Cloud Platform forms the underlying foundation for SAP Leonardo, the platform that connects legacy applications and data to next-generation tools, including big data, AI and blockchain. That in turn unleashes new applications, formulates new business models and connects business processes with a company's customers and suppliers.

Companies are already using Cloud Platform to develop applications that are in production, according to SAP. Kuka AG is using Cloud Platform-connected robotics in manufacturing processes. Mitsubishi Electric Europe incorporates internet of things into its industrial automation technology. Global healthcare company Aesculap developed an Apple iOS app on SAP Cloud Platform that manages and simplifies the use of sterile containers in surgeries.

But it remains to be seen whether these applications represent the first rumblings of a coming wave or are just early and isolated examples of a platform that may not achieve its promise. Opportunities indeed abound for businesses to use SAP Cloud Platform as the foundation for digital transformation. The questions now center on how all the parts can be integrated.

This handbook examines the highs and lows of SAP's Cloud Platform as well as its key integration tools.

While SAP offerings are often best for cloud-to-cloud and cloud-to-ground integration, sometimes, it's better to look elsewhere. Here's a rundown of the many options.

SAP Cloud Platform has numerous integration tools for linking next-gen technologies like blockchain, machine learning and IoT to each other -- and to SAP enterprise applications.

SAP Cloud Platform is now available as a consumption-based model, an alternative to the subscription model. SAP also updated the SCP SDK for iOS and released two new apps.